Cécile Zarokian graduated from ISIPCA, she was trained for four years in Robertet, at first in Grasse, then in Paris. She was still a trainee when she created her first fragrance, Amouage Epic Woman. In 2011, Cécile decided to found her own company, CECILE ZAROKIAN SARL, and to set up her laboratory in Paris, in order to be able to dedicate her entire time to working freely as an independent perfumer.

That's how she has created around forty fragrances for various brands of the niche perfumery market, such as Jovoy Paris, MDCI, Laboratorio Olfattivo, Jul et Mad, Masque Fragranze, or the entire Château de Versailles scented candles collection. In addition to that, Cécile has developed an artistic project with an illustrator, leading to an exhibition in Paris, which was part of the event Rives de la Beauté, then in London in 2013, and at the Triennale di Milano for Esxence 2014: the objective of [IP]01 was to correlate 6 visuals and 6 perfumes, in perfect harmony. One of the two universes gives birth to the other, then reverse: paint brush following olfactory narration, nose lead by sketch. Amouage
€540.00
The raw animality of the Oud Assam is sublimed by the intense smokiness of Birch Tar and tamed by a generous pour of Vanilla. The pure expression of Oud, as royal and lavish as the nature of Ulya. Notes: Oud Assam – Vanilla – Birch Tar Parfumeur: Cécile Zarokian Amouage
€490.00
A lush blend of precious Roses blooms amidst a radiant heart of Frankincense and a pearly haze of Sandalwood. A sumptuous tribute to the oasis of Al Aqor, where the rarest roses in the world still grow. Rose – Frankincense – Sandalwood Perfumer: Cécile Zarokian  Using the dabber, gently apply a drop of Attar Rose Aqor on your pulse point in a swift... Amouage
€490.00
The supreme opulence of Saffron coils around a deeply sensual Rose Centifolia Absolute under leathery fumes of burning Cade wood. The luxurious union of a King and Queen in the stark redness of the Hamra Mountains. Saffron – Rose Centifolia – CadePerfumer: Cécile Zarokian 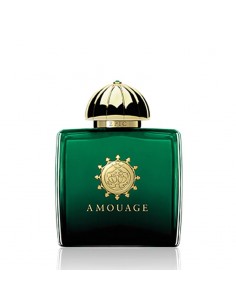 Amouage
€325.00
Eau de Parfum. This spicy oriental fragrance is inspired by the eternal legends of the ancient Silk Road from China to Arabia. In the mystical twilight with the desert wind blowing against her veil she follows the guiding light in search of the long lost aria. Beyond truth and immortality a Legend is Born. Top Notes: Cumin, Pink Bay, CinnamonHeart Notes:... 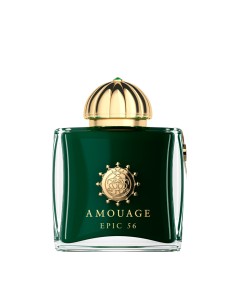 Amouage
€455.00
Inspired by the legends of the Silk Road, Epic Woman (2009) is Amouage’s iconic spicy, ambery fragrance that blooms under the mystical twilight stretching between China and Arabia. With the highly concentrated Epic 56 Woman Extrait, perfumer Cecile Zarokian displays her prowess for striking the difficult yet marvelous balance of extremes at a high dosage:... 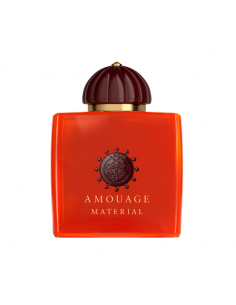 Amouage
€325.00
Material is a paradox – through materiality, it evokes immateriality, teaching us to look beyond appearances and that what matters is often unseen; an experience akin to standing in a grove and descrying in the sweltering shade a multitude of textures and manifold hues of wood and leaf and bark; all coming together into one. Material is not a mere study... 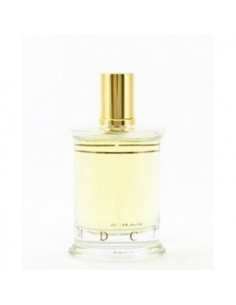 MDCI
€235.00
A dreamy white floral centered around gardenia, the queen of tropical flowers. Nuit Andalouse opens with a sweet, delicate violet that perfectly sets the stage for the euphoric gardenia ahead, like a flower girl dropping petals before the radiant bride steps down the aisle.  A sparkling orange note appears, clear and bell-like, which then blends with... 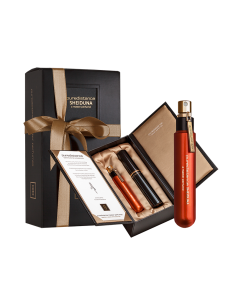 Puredistance
€175.00
SHEIDUNA is a rich and intense Perfume inspired by the panoramic views and feel of golden sand dunes in the desert during sunset – soft, female curves changing from deep gold to warm, orangey red – embodying a promise of sensual comfort and silent seduction.Wearing SHEIDUNA, one wafts sensuality, and intense colour waves of Persian rugs touch the senses.... 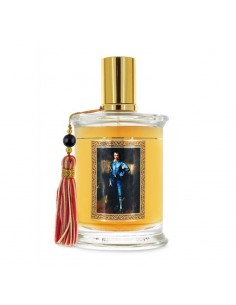 MDCI
€235.00
When modern perfumers meet great painting Masters. The brand Parfums MDCI Paris has commissioned a group of trusted perfumers to create new fragrances inspired by painting masterpieces. This portrait of a confident boy in his magnificent blue satin attire, known as the „Blue Boy“, painted by Gainsborough circa 1770, has inspired Cécile Zarokian this... 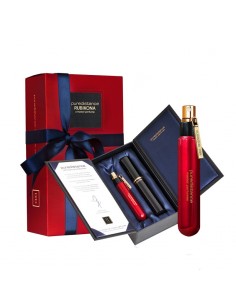 Puredistance
€175.00
The creation of this perfume started with the word RUBIKONA that combines the deep and warm colour red of a RUBY with the timeless beauty of an ICON.  RU BI KO NA ...  Four distinct sounds that together form their own small symphony. Much like a perfectly cut RUBY that fascinates by the various shades of red and intensities of light. Puredistance Rubikona... 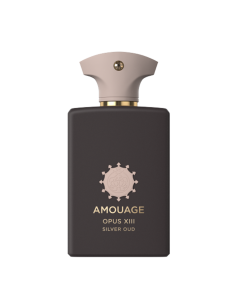 Amouage
€440.00
Echoing life’s most vivid and celebrated experiences shaped by moments of tribulation and strength, Silver Oud is an olfactive depiction of Stendhal’s 19th-century French novel, The Red and the Black, and its intelligent and ambitious protagonist, Julien Sorel. Paying tribute to the House’s signature storytelling tradition, Cécile Zarokian brings Silver... 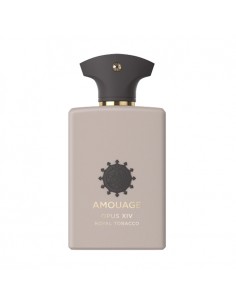 Amouage
€325.00
As the 23 parallel north unites the sundrenched shores of Cuba and Oman, Opus XIV - Royal Tobacco weaves as one their iconic treasures, Royal Frankincense and Tobacco Absolute, hence bearing the name of Royal Tobacco. Both fumigated since the earliest days of recorded history, their vertical signature imprints the entire evolution of the perfume, each...
View
You need to login or create account